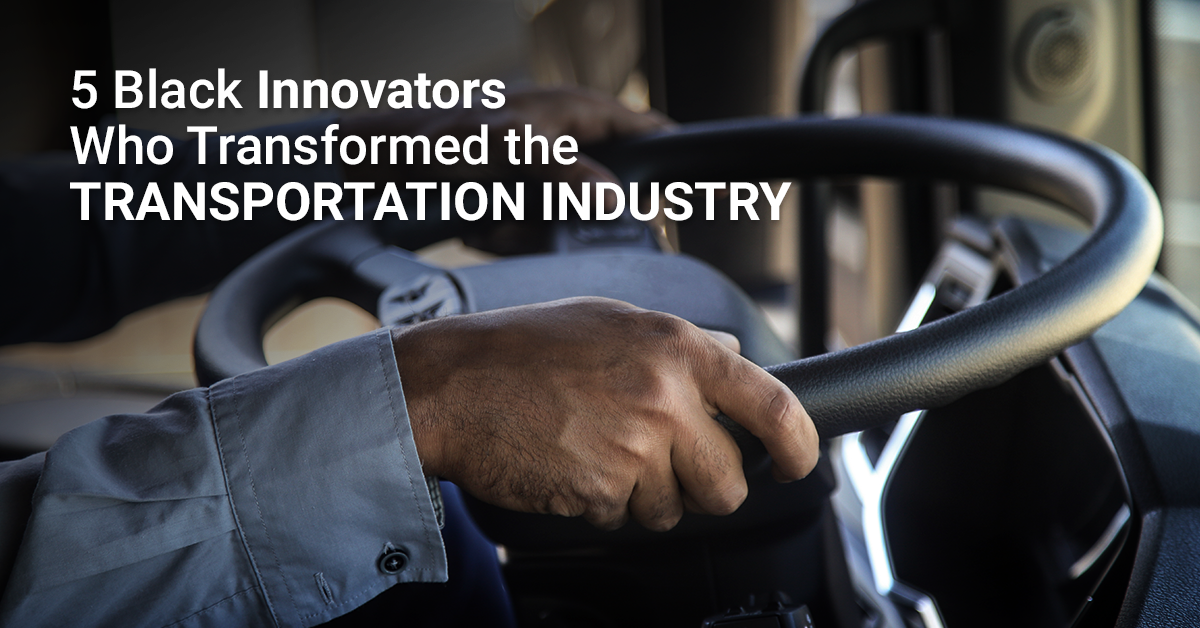 The trucking industry is what it is today thanks to thousands of inventions by the brilliant men and women who made it possible for us to keep America moving. During Black History Month, we’re celebrating these Black innovators who changed the industry for good:

In the early 1900s, after running away from his family at age 11, Frederick Jones was using his spare time between odd jobs to teach himself mechanical and electrical engineering. He became an inventor and went on to receive over 60 patents over the course of his career. One of the most important: a portable air-cooling unit for trucks hauling perishable foods. Jones is the reason reefer trucks exist – and we can keep ice cream and frozen pizza stocked at the grocery store.

In 1978, esteemed mathematician Gladys West was put in charge of projects with an experimental oceanic satellite surveillance system. Through her work, she made it possible to calculate the exact shape of the Earth – leading to accurate GPS calculations around the globe.

Garrett Morgan is behind one of the most commonly used inventions in modern history: the yellow traffic light. Before Morgan came up with his three-position traffic signal in 1923, traffic lights were manually operated and only told drivers when to stop and go, without warning. Morgan’s invention has significantly increased safety at intersections and permanently changed the way people drive.

In 1953, Lois Cooper made history by becoming the first Black woman transportation engineer to be hired in the Engineering Department at the Division of Highways, now known as California Department of Transportation, and was the first Black woman in California to pass the Professional Engineers (PE) License Exam. In her career, she worked on the I-105 Century Freeway, the San Diego Freeway, the Long Beach Freeway, the San Gabriel River Freeway, and the Riverside Freeway. She was also the director of the first version of a carpool lane!

William Coleman Jr. became the first Black Secretary of Transportation when President Gerald Ford appointed him in 1975. He was only the second Black person to serve in the cabinet and he went on to draft the first Statement of National Transportation Policy in U.S. history. Coleman was given the Presidential Medal of Freedom for his contributions as an attorney and a cabinet member in 1995.